On May 14-17, MUNRFE has conducted the Far Eastern Model United Nations (FEMUN) 2021 in hybrid format on the premises of the Far Eastern Federal University (FEFU) in Vladivostok, Russia.

The conference gathered around 70 delegates from China, India, Indonesia, Iran, Nigeria, South Korea, Viet Nam, and such Russian cities as Vladivostok, Irkutsk, Moscow, Komsomolsk-on-Amur, Kursk, Nalchik, Ufa, and Sevastopol. In frames of the event, they attended lectures by invited experts, training on UN4MUN procedure, workshops, and debates in three committees.

The committees and agendas at the FEMUN 2021 were:

The main topic of the Conference “Transformative Impact of Digital Technologies” was discussed at the Plenary Meeting.

On the first day of the Conference, all participants and guests of the Conference had a chance to receive welcome addresses from the representatives of MUNRFE partner organizations, namely Dr. Nikita Yu. Anisimov, FEFU President, Mr. Andrey P. Brovarets, Head of Russian Foreign Ministry Office in Vladivostok, and Mr. Konstantin Shestakov, Vice-governor of the Primorsky Region. Moreover, the FEMUN 2021 participants were privileged to receive the official address of the UN Secretary-General H.E. Mr. António Guterres for the third year in a row.

Besides, Forum “Russia on the Way to Sustainable Development: Inclusive and Equitable Quality Education” was organized with its key topics covering the impact of the COVID-19 on education in Russia, elimination of illiteracy in Russia, Russia's contribution to the development of science and culture abroad.

According to the UN4MUN approach, delegates can play a more substantive role performing as the General Assembly Officials (GAO) and moderating the work of the committees. As the result of elections, the following representatives successfully performed GAOs’ duties:

MUNRFE is honored to recognize the winners in various nominations.

The recipients of the Diplomacy Awards are credentialed for the MUNRFE Leadership Program 2021 that includes participation in a Model UN conference in Asia-Pacific Region.

The Conference was organized with the support of the Far Eastern Federal University, Far Eastern Branch of “Russkiy Mir” Foundation, International Committee of the Red Cross Regional Delegation for the Russian Federation, Belarus, and Moldova, and the UN Refugee Agency Representation in Russia.

MUNRFE sincerely congratulates the winners of the conference and expresses its deepest gratitude to the partners of the event with the best hopes for productive cooperation in the future. 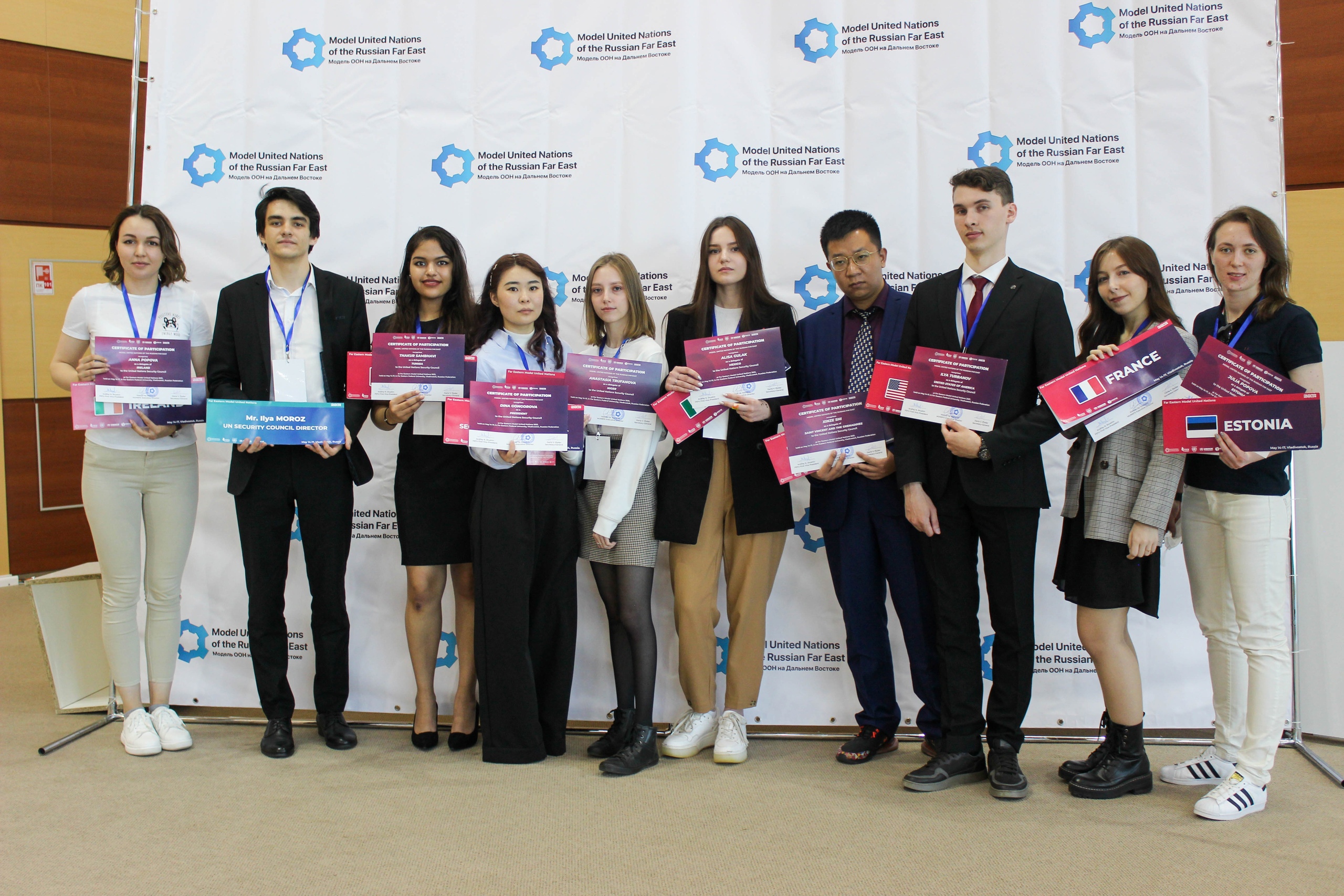 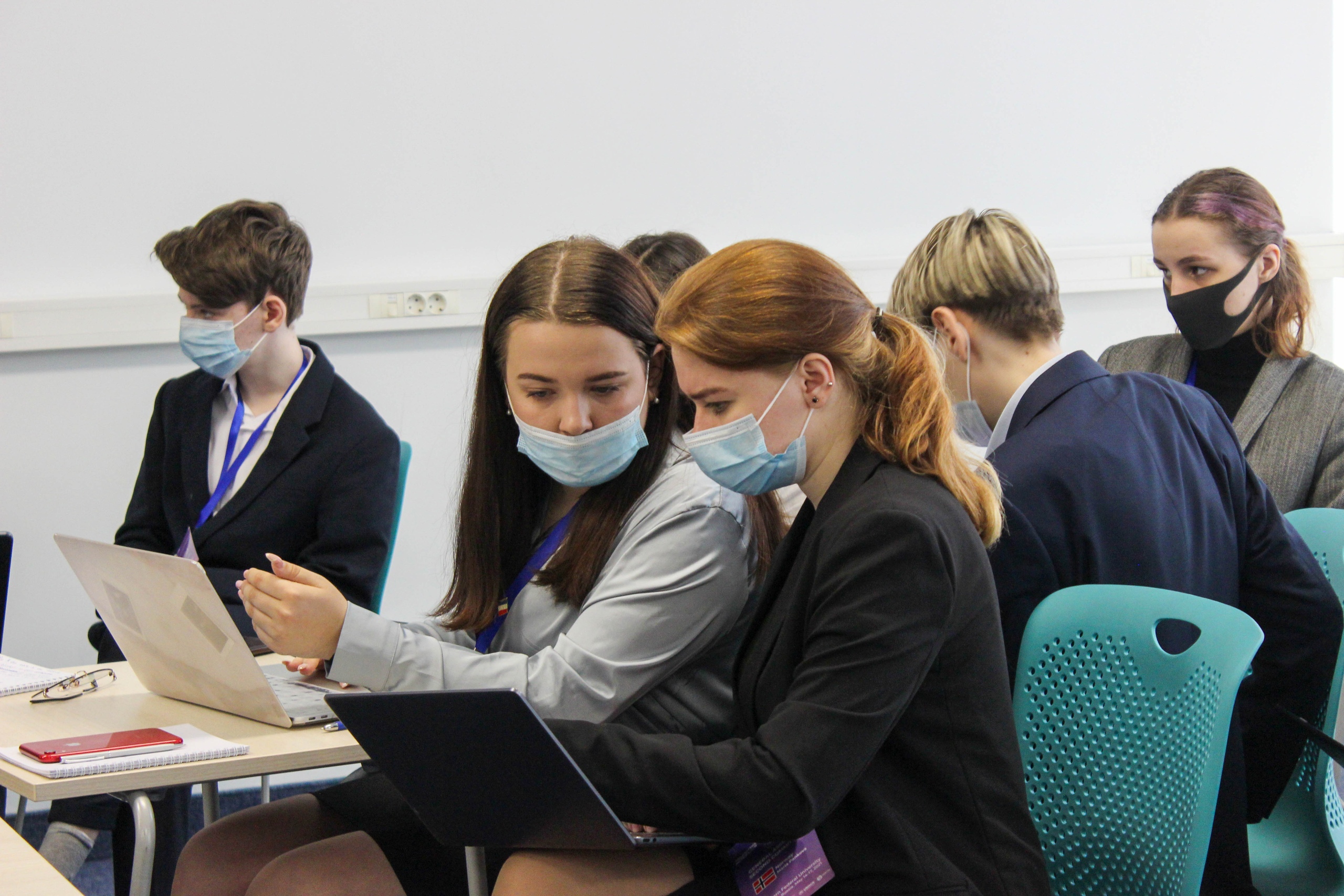 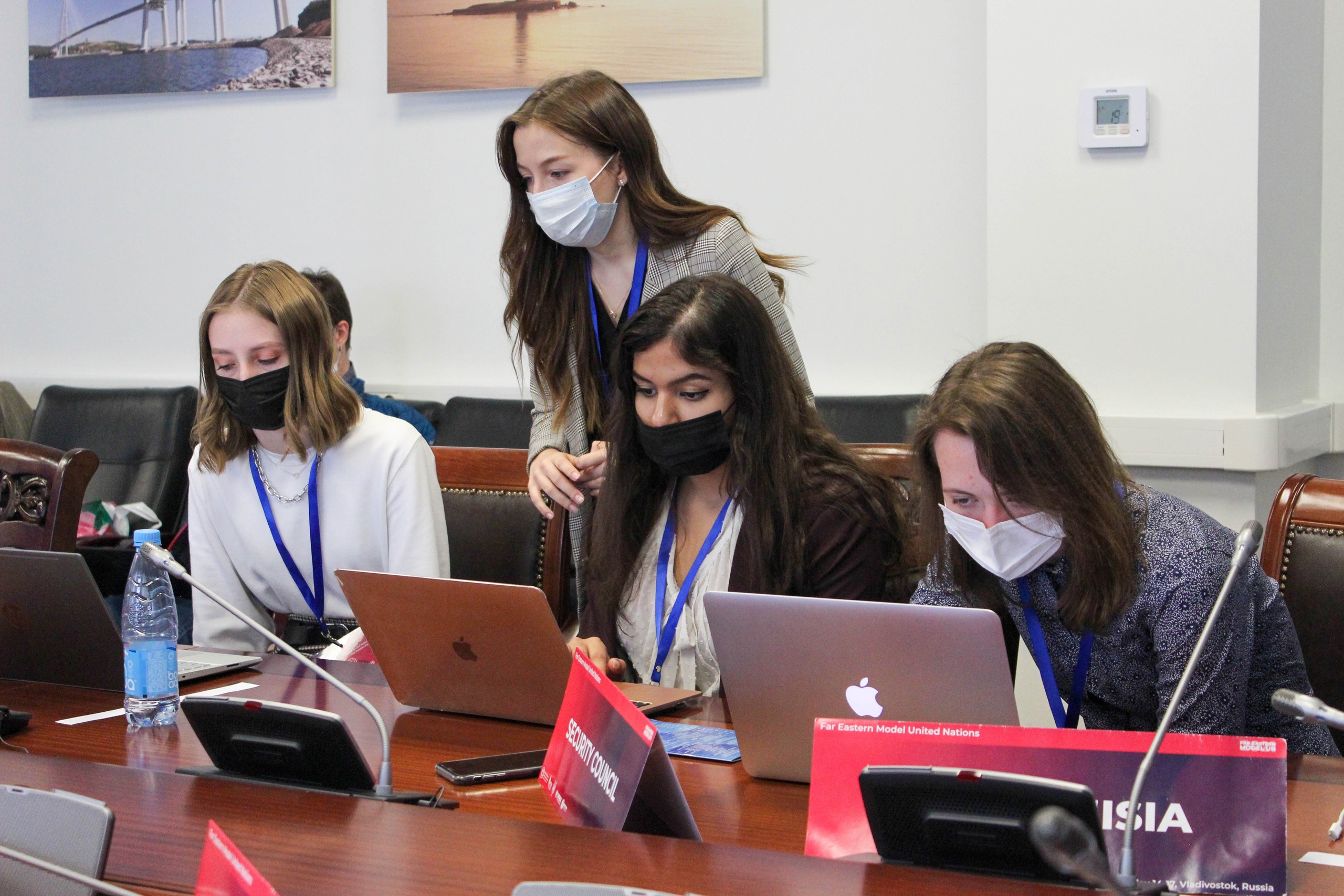 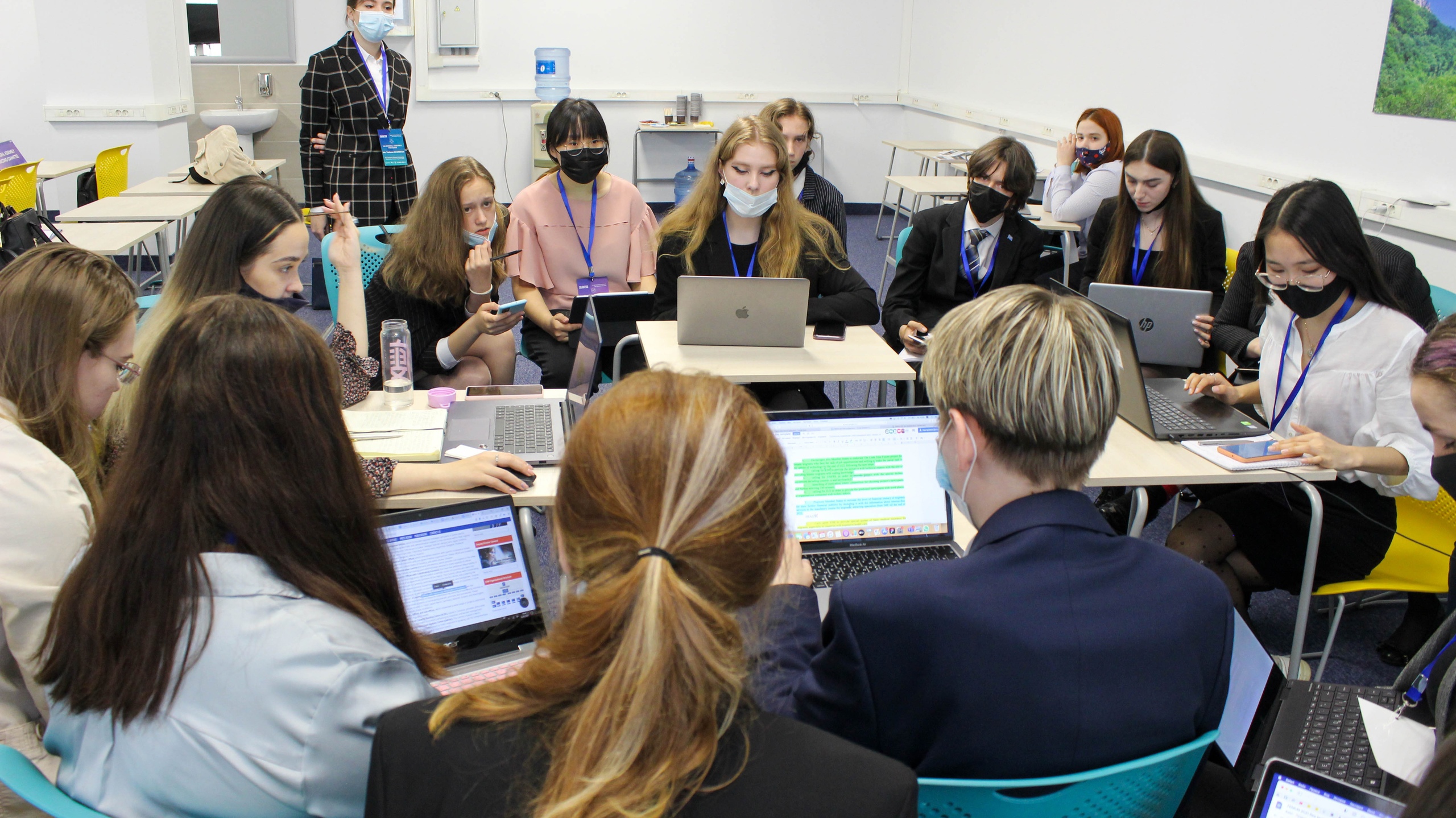 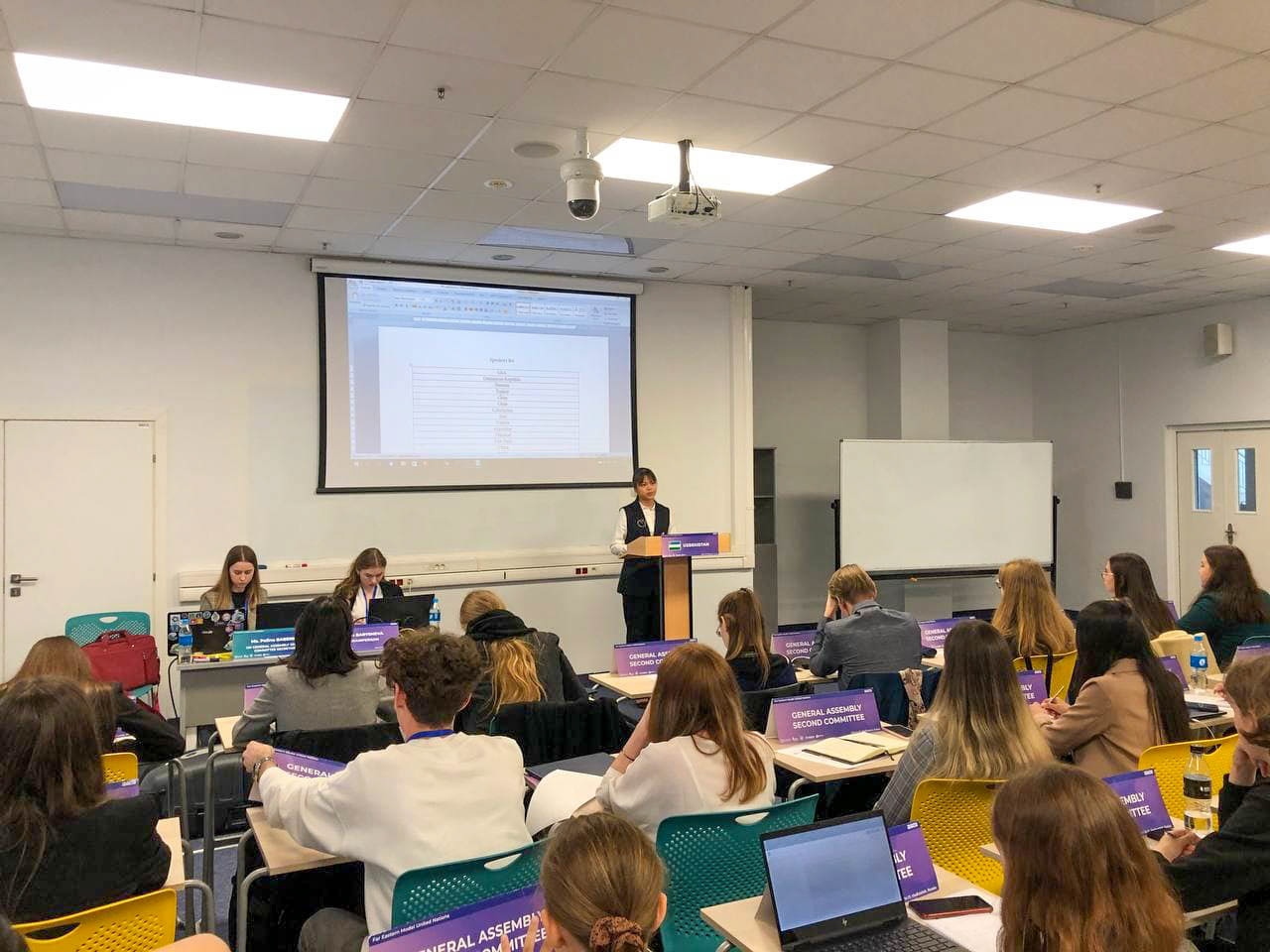 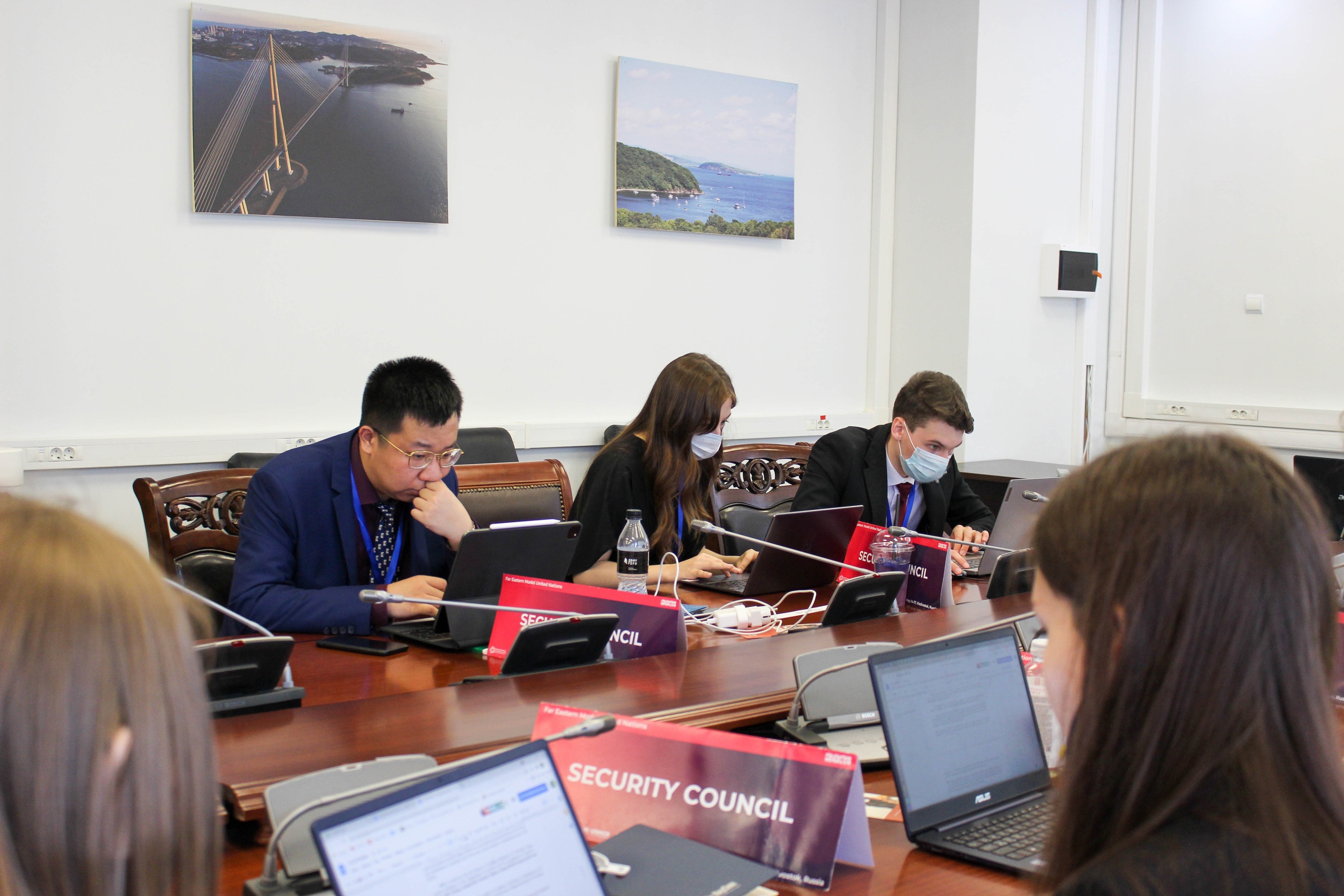